Conservative Cllr Jane Walker has slammed Bedford Borough Council’s Labour and Liberal Democrat administration for stating that the ‘interests of children’ are not ‘best maintained’ by schools outside of the Council’s control.  This has put the Council at odds with independent schools and 25 academy and free schools educating thousands of pupils in the Borough.

At a meeting of the authority on Wednesday, all parties agreed with the principle of a motion calling for the Council to adopt a protocol which schools can use when consulting on whether to leave the local authority’s control to become an academy.  This was designed to ensure that such consultations sufficiently seek the views of affected groups such as pupils, parents and staff.

Despite this, the Labour Group insisted on an opening line of the motion stating ‘the interests of children in Bedford Borough are best maintained when schools remain with the local authority’.

Cllr Walker, who is the Chair of the Council’s Children’s Services Committee said:

‘It is a great shame the Labour Group, backed by the Liberal Democrats, chose to make this needlessly political statement which is not supported by the evidence.

‘The Conservative Group wanted to support the motion as we feel it is essential that schools looking to become academies seek and listen to the views of pupils, parents and staff.  However, despite our pleas the Labour Group insisted on keeping a political statement that is founded in left-wing ideology rather than any evidence base.  Their stance is not helpful when the Council should be building relationships with academies, independent schools and the Free School.’ 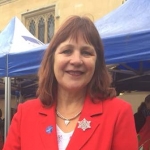