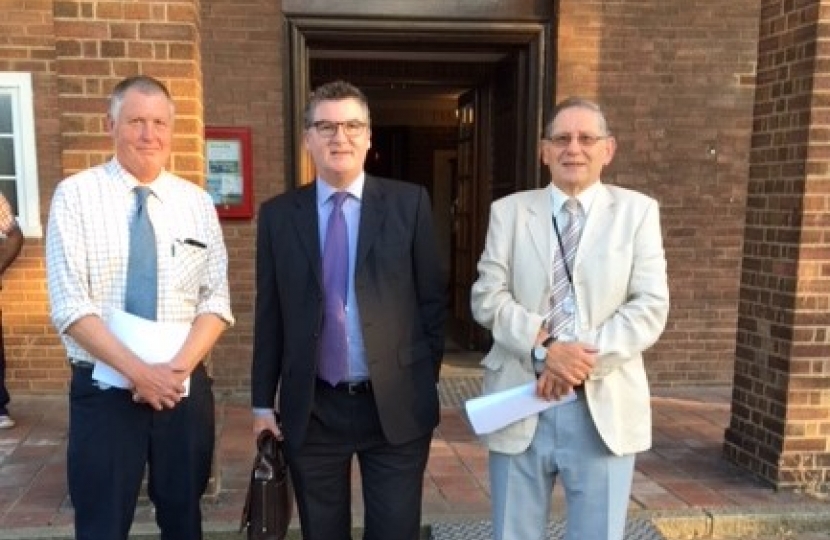 Bedford Mayor Dave Hodgson has been accused of trying to harm the health of his own residents with his decision to allow Veolia to use the Covanta incinerator under the terms of their newly awarded waste contract.

After years of opposition to the Stewartby facility, led by BACI (Bedford Against Covanta Incinerator) and supported by residents Groups and Councillors, the Mayor’s decision to use Covanta for waste incineration is a humiliating climb down and at odds with his previous claims to have also been opposed to Covanta.

Conservative Leader Cllr Graeme Coombes condemned the Mayor’s decision to allow Bedford’s waste to be burned at by Covanta, describing it as a ‘slap in the face’ for residents of Stewartby and nearby villages. He also accused the Mayor of ignoring his own Council, after all political parties had passed a Conservative initiated Council resolution in October 2018 stating “That the Borough Council shall consider at the appropriate time not using the incinerator should it proceed and will seek to persuade other Councils not to use it.”

The Council resolution followed on from a letter to the Environment Agency signed by the Mayor and Central Bedfordshire Council in November 2017, which opposed Covanta being granted a licence and highlighted heavily the negative impacts on health, transport and environment for people living in Stewartby and the surrounding parts of the borough.

“The Mayor can’t have it both ways – he can’t claim to be opposed to Covanta and then agree to its use. Neither can he want to mitigate climate change and be for good air quality, yet sign off on burning Bedford’s waste. I have consistently opposed Covanta as it’s clear that invisible, noxious, unmeasured, particulate matter resulting from the incineration process, as well as exhaust emissions from 594 waste vehicles daily, will have a negative impact on the health of those living around it.

The alleged £1m saving seems to have been plucked from thin air by the Mayor and can’t compensate the people of Stewartby, Wixams, Wootton and the surrounding areas, where residents’ health is being put at serious risk. The Mayor’s decision is a slap in the face for Stewartby residents in particular, as he has previously claimed to be on their side, but now he’s not content only sending them Bedford’s waste, but that of our neighbours in Central Bedfordshire too.“

“People in Wootton will be appalled by the Mayor’s decision to allow local waste to be burned in neighbouring Stewartby. After repeatedly telling us that he was against Covanta, this U-turn shows we can’t take him at his word and the health of my residents will be put at risk from the effects of living in the path of an invisible cloud of small particles that the incinerator will emit."

We have received the following guidance from the Bedfordshire Clinical Commissioning Group (BCCG):