At a Full Council meeting on Wednesday 14th October, Bedford Borough Council voted through a motion proposed by local Great Denham Cllr Jim Weir who has tirelessly campaigned to put a stop to an unwanted development on Great Denham Golf Course. Cllr Jim Weir presented the motion after a petition which had 2863 signatures at the time of presentation.

The golf course has previously provided a community role of being a place for local residents to meet up for various leisure activities such as playing golf and using the clubhouse for various community and social functions. The Golf Course is due to close on 16 October after the landowner “Old Ford End Trust” decided to close the course and put sheep on the land to graze (strip grazing) and repurpose the clubhouse as a nursery and the greenkeepers compound to let to business. Even though the landowner’s agents Bidwells failed to mention the closure to the communities affected (Great Denham and Biddenham) or to Bedford Borough Council until July 2020 it transpires that the decision was taken in 2018.

The threat to over 5,000 residents living around the golf course which provides an Urban Gap and Open Green Space has not been welcomed and major concerns about what will eventually happen to the land have gone unanswered. Bidwells state that there are no plans for “development in the short term” – whatever that means? A save Great Denham Golf Course and Urban Gap Group has been formed and raised funding to get legal advice regarding the legitimacy of their actions. They eventually gained access to a meeting with Bidwells and have along with Cllr Jim Weir put forward proposals for a 9-hole course and public recreation area which as yet are unanswered.

The motion states that the Council must uphold rulings that the Golf Course acts as an urban gap and that any development in the area must be made in connection with a golf course.

“I was extremely pleased to see Councillors provide support for my campaign against the repurposing of the Urban Gap provided by the land that is Great Denham Golf Course. It is vital that this area remains green and provides a gap between the urban area settlements of Great Denham and Biddenham. I would like to thank all the local residents of Great Denham and surrounding areas who signed the petition and supported this campaign. My thanks also go to the two Parish Councils and the Save the Golf Course & Urban Gap Group” 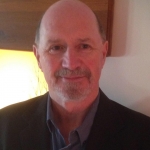