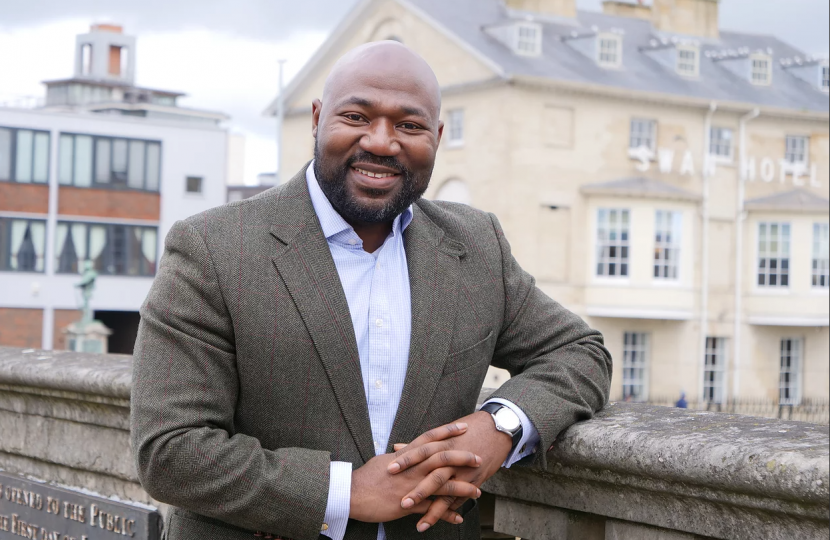 Congratulations to Festus Akinbusoye for winning his election and becoming the new Police and Crime Commissioner for Bedfordshire. Festus was the clear winner winning by 8978 votes with the Liberal Democrat candidate getting knocked out in the first round coming third.

We welcome his positive attitude and the delivery of his key policies including improved community policing for both Urban and Rural areas, and providing a no nonsense approach on local crime such as fly tipping.

This follows a strong swing in favour of Conservatives with councils across the nation turning blue supporting our vision of levelling up throughout the country.

Bedford Borough Conservative Group Leader, Cllr Graeme Coombes said “I was personally very pleased that Festus was able to win the PCC election and secure the seat. I was also very happy with the national swings in favour of the Conservative party.

Festus was a great candidate who ran a very good local campaign focussing on us all. The election results across the nation have shown that residents everywhere have bought into the Conservative vision, whereas the Liberal Democrats have come 7th in the Hartlepool by-election and have lost seats nationally, whilst the Labour Party are clueless with very little to offer voters.”

The Commonwealth, G7 and NATO Summits