Cllr Stephen Moon has been a representative of Great Barford Ward since 2011 and was Leader of the Conservative Group from 2012 - 2019. He is a member of several Council committees, including the General Purposes Committee and the Budget & Corporate Services Committee which he chairs.

His principal concern is the need to revive Bedford town centre.  Other areas of interest include planning and environment matters and the need generally to make the Council more user friendly.

Stephen has lived in Great Barford for over 20 years. As Great Barford Ward representative he serves the parishes of: Renhold; Ravensden; Great Barford; Willington; Cople, and; Cardington. His focus within the ward is to address the concerns of his constituents and to represent the interests of local communities.

Stephen runs an employment law consultancy, is a member of the Motorcycle Action Group and a supporter of Fulham Football Club.

He is married with two sons.

A 20 month delay in purchasing temporary accommodation units for homeless individuals and families has cost taxpayers hundreds of thousands of pounds due to ‘posturing’ from Mayor Dave Hodgson, according to Conservative Cllr Stephen Moon.

Cllr Stephen Moon has announced that he has stood down as Leader of Bedford Borough Council’s Conservative Group. He will be replaced by Cllr Graeme Coombes.

Bedford Borough’s villages could be ‘overwhelmed’ by new housing estates after plans for a new town in the north of the Borough collapsed.

Young people who leave the care of Bedford Borough Council should not pay any Council Tax until the age of 25, according to Conservative Cllr Jane Walker.

‘No Excuses’ if Bedford Mayor’s Restructure Fails to Deliver

There will be ‘no excuses’ if Bedford Borough Council fails to realise significant savings from an efficiency programme devised by private consultants.

Bedford Deputy Mayor’s ‘Improper Use’ of Position in Homes Vote

Bedford’s Liberal Democrat Deputy Mayor has been slammed for ‘blatant nimbyism’ which will put further pressure on villages to accommodate thousands of new homes.

Bedford Borough’s Mayor has been slammed for behind closed doors decision making over two of the most important issues facing the Borough in the next decade.

Bedford Borough Council’s Conservative Group voted to support the authority’s budget for 2017/18 at a meeting on Wednesday but slammed the Liberal Democrat & Labour administration for a ‘failure of leadership’ over its financial management. 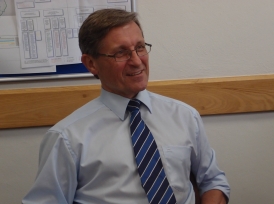