Cllr Phillippa Martin-Moran-Bryant was elected as representative of Great Barford Ward, where she grew up, in 2019.

Phillippa is a Law graduate and was called to the Bar in 2009. She currently runs her own business providing advice on planning matters.

With her young son, Phillippa attends a number of local baby groups and is keen to represent families and raise issues such as air quality and the provision of safe play areas for children. As a supporter of a number of charities and local theatre, she wants to support the groups, societies and clubs which make our area special. She also would like to see the Council do all it can to support businesses and promote employment opportunities.

Since her election, Phillippa has been a member of the Council's Licensing Committee.

The Conservative Group has written to the Mayor and to local MPs covering the wards we represent to express our support for helping refugees from the war in Ukraine.

The Department for Transport’s Bikeablity Trust have offered Bedford Borough Council £71,756 for 2022/2023 Bikeablity training for children in school. This is significantly up from last year.

Through the Transporting Bedford project, Bedford’s High Street is set to have a high quality regeneration makeover, becoming one lane only for traffic permanently and creating more space for shoppers and pedestrians. 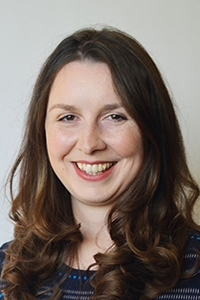