Since joining the County Council, Jane has been a member of the Children’s Services Overview and Scrutiny Committee. Initially she was elected as Vice Chair and then as Chair from 2006 to 2019 apart from a few months in 2010 when she served as Lead Member for Children’s Services in Mayor Frank Branson’s first unitary cabinet. As a result, Jane has a huge amount of experience in all aspects of children’s services, from education to children’s social care.

Throughout her time on both councils, Jane has also served on the Corporate Parenting Panel, overseeing the services for children in care and she has been a school governor at various schools within the Borough. She is currently Chair of Governors for the Bedford Nursery schools Federation which comprises the Peterpan, Southway and Cherry Trees schools

Jane’s work outside of the Council also reflects her interest in children’s services as she has served on several committees as a representative of the voluntary childcare sector.

Young people who leave the care of Bedford Borough Council should not pay any Council Tax until the age of 25, according to Conservative Cllr Jane Walker.

Clapham Cllr Jane Walker has labelled plans to build 800 – 900 homes in Clapham as ‘too much’ for the village to take.

Over the summer Clapham has been suffering an invasion from ‘The Stunt Squad’.  These is a group of motorcyclists and quad-bikers who like to practice terrifying stunts on public roads, often without helmets and always without any care for other road users.

Clapham Cllr Jane Walker has finalised the projects that will benefit from her Borough Council Ward Fund for this year.

Conservative Cllr Jane Walker has slammed Bedford Borough Council’s Labour and Liberal Democrat administration for stating that the ‘interests of children’ are not ‘best maintained’ by schools outside of the Council’s control. 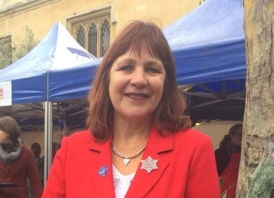