Cllr Jon Gambold and his family moved to Biddenham in 1996 from north London.  His stepson had recently entered Bedford Modern School and it made the whole business of being on the touchline for soccer, rugby and cricket fixtures that much the easier.

Biddenham grew on Jon, as did Bedford at large.  He ran several youth cricket teams, made some (not very impressive) appearances both for Biddenham Cricket and Rugby Clubs, and was invited to join the Parish Council before the end of the decade.

From that base Jon was elected to Bedford Borough Council in 2011, representing Bromham and Biddenham Ward.  He enjoys the increased responsibility and scope.  He has been closely involved in works to improve Bromham Village Hall and develop and nurture Bromham’s recently founded Allotments Association. He currently sits on the Council's Audit, Standards, Pensions and Budget & Corporate Services Committees.

The new street lighting scheme between Brookside homes and Budgens corner in Stagsden Road in Bromham has been completed. The old columns have been replaced with taller ones supplemented by additional posts. The result is a better lit road and a safer footpath.

Sea of Yellow in Biddenham

Spring has well and truly sprung in Biddenham after Cllrs Roger Rigby and Jon Gambold used their Council Ward Funds to plant 8000 daffodils.

New Signs in Bromham & Biddenham to Put the Brakes on Speeding

Motorists in Bromham and Biddenham will be reminded to watch their speed by two new mobile, speed activated signs.

Newly submitted planning applications for housing developments in Bromham & Biddenham should not be approved while an ongoing review takes place to allocate land for development in Bedford Borough to 2032, according to Ward Cllr Jon Gambold.

A number of improvements have been made to Bromham Nature Reserve following Ward Fund contributions from Cllrs Roger Rigby and Jon Gambold.

Works to construct the second phase of the Bedford Western Bypass are now well underway and Ward Councillors Jon Gambold and Roger Rigby have been keen to ensure that the construction works have as little effect on local residents as possible.

Cllr Roger Rigby and Cllr Jon Gambold were very pleased to use their Council Ward Funds to team up with Biddenham Parish Council to purchase a new mower for the cricket pitch and outfield in the village. 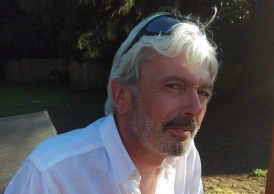